Apple rates among the most innovative smartphone brand in the world today and it is easy to see why. The introduction of Apple AirPod around the same time the iPhone 7 and iPhone 7 Plus was launched was not only timely, but it was also exactly what the Apple world needed. You wanted Apple to go wireless? The Apple Airpod brought that, in the most fascinating of styles.

Before we get ourselves into the review and prices it goes for, it is worth noting that Apple has introduced a revamped version of the 1st Generation AirPod and is even accompanied by a more fascinating AirPod Pro, which at this time, is not yet available in the market. 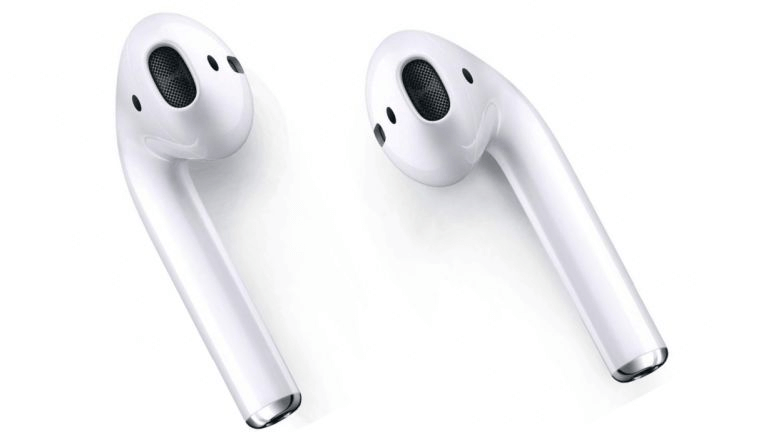 Let us now take a deeper look at the AirPods available today and how much they go for in the market.

Prices of AirPod in Nigeria

Apple products are expensive and you would not expect anything less from their flagship wireless AirPod. Launched over three years ago, AirPods have so far risen to be among Apple’s most sought after products, despite the amount it goes for.

Airpods can be purchased in various Apple outlets across the country. For convenience, they can also be purchased online on various ecommerce stores available today.

When it comes to design, it is difficult to pick a brand that does it better than Apple. They have not only shown class with their distinctive style, they have also built a brand that other brands look to imitate. If you are used to the brand’s EarPods, which comes with the their phones, then you will likely know how the AirPod looks and feels like, apart from the fact that it is wireless.

The main difference between the two is the small arm which slides down from the earbud fragment. The AirPod’s arm is pointedly thicker than that of the common EarPods to make it fit its battery and microphone. This thickness makes the AirPods not as fashionable and chic as the classic Apple buds, which is probably not the best, given Apple’s reputation of manufacturing trendy products that lines well between technology and fashion.

Maintaining the classic EarPod design means that the AirPods allows for modern conveniences and can be easily replaced and used again.

If you have used Apple EarPods, then you should know what to expect with the AirPod. If there is one thing Airpods offer, then it is great sound quality. The bass nicely cuts through various songs without necessarily overwhelming treble notes of the songs. The AirPod’s sound effortlessly combiness energy and a calm tempo to produce top-class sound output.

There is also a decent amount of space in the soundstage. There is not quite similar juiciness or detail across a song as an equally priced pair of wired headphones though, but nonetheless, the AirPods provide a striking listening experience. The devices also blow the Lightning-equipped EarPods, the ones that come with recent iPhones, out of the water in terms of sound output quality. Although EarPods are not bad when it comes to sound output, the AirPods are just on a whole new level.

Battery capacity is another area Apple does well with and the AirPod follows this trend. The long stanches protruding from the base of each earbud might look and feel quite bulky, but the good news is that the AirPods’ battery life is appreciable.

When the product was launched, the brand claimed that the battery lasts up to five hours and this has proven absolutely accurate. Early users of the second generation Airpod claim the battery is outstanding and lasts for those hours.

Connectivity has been the main issues with Bluetooth devices over the years. While some devices easily connect automatically in a reasonable distance, some other devices might necessitate digging into the device’s Bluetooth menu every time.

Based on reports and reviews by early users, you wouldn’t have any issue when it comes to connecting your Apple phone with the Airpod. In fact, you wouldn’t need to bring the device very close to the phone before it connects. All you need do is put the device at a distance the connection can reach, select the option on your phone to pair with the devices and connect seamlessly.

When you are connecting for the first time, you will be required to press the connect button to connect with the device. Subsequent use doesn’t not necessarily require you to continuously manually connect the device. Once you turn on the Bluetooth channel on the phone, you can expect it to automatically connect without so much stress.