Geology is undoubtedly one of the most interesting and adventurous fields in physical sciences. Apart from the fact that they command so much huge respect in the oil and gas sector where they are highly useful, they rate among the high paying professions in Nigeria today.

Geologists, just like petroleum engineers and exploration science courses, are regarded as a gold mine when it comes to career paths and opportunities. Although the opportunities for Geologists have reduced in recent times, they still rank top among the most successful careers in terms of job opportunities and placement. 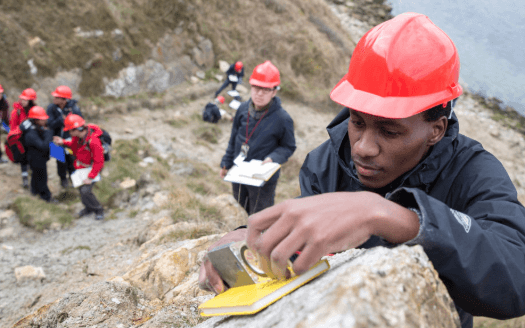 Geologists, like most other physical science fields, can work in various industries. They fit easily in the mining and oil and gas industries. Since they basically specialize in exploration, they are perfect fit for archaeological projects and other similar areas. Geologists are rarely short of options. But given the economic situation of the country in recent times, opportunities have drastically reduced in various sectors.

Geology is a very broad profession that encompasses other science and engineering fields. They integrate well with other science fields like Chemistry and Physics. Thanks to their dynamism, they can work in various industries including manufacturing, oil and gas, civil, and other similar industries. They also perfectly fit into the architecture and structural industries.

Geologists’ Salaries in Nigeria: How Much Do Geologists Earn in Nigeria?

Geology is one of the leading physical science professions in Nigeria. As far as job security, career clarity and job opportunities are concerned, geology profession rate relatively average and compared to some other science professions, it is a course that is worth it in all forms of it. Their pay is as suiting as the regards they get in the society today. Geologists are not restricted to offshore operations in the oil and gas sector. In fact, some geologists work with civil engineers and function in other relative fields as well.

Salaries of geologists vary per company, job specification and industry. Generally, geology is among the highest paying profession in physical sciences and those that work in oil firms earn only a little less than petroleum engineers. In fact, some even earn more in certain positions and job specifications. In the mining industry, geologists are also relatively well paid compared to some other fields. They also rank highly in borehole industries and other similar areas. Here, we will consider how much geologists are paid in certain industries.

Geologists in Oil and Gas Industries

This is arguably the most popular industry geologists work in Nigeria. As expected, the industry is also among the top paying in the field. Although opportunities are becoming for geologists in the industry, they still remain a core part of the exploration process. For entry level, geologists are paid between N250, 000 – N500, 000 depending on the job specification, company, rank and some other similar factors.

This is another industry that appreciate the importance of geologists. Salaries of geologists in the mining industry varies per job description, company and sometimes, location. This industry is usually a backup option in case oil and gas opportunities don’t come by.  Although there is a considerable difference in salary compared to the oil and gas industry, mining companies pay significant amount to their geologists. For a start, geologists in the mining industry earn between N150, 000 – N300, 000.

On the average, geologists in Nigeria earn between N120, 000 – N500, 000 for a start. To be highly rated or have better placement as a geologist in various industries, it is always advisable to add relevant professional certifications to your bachelor’s degree.