Home
Vehicles
How Much is a Tesla Vehicle in Nigeria? (January 2022)

It is no secret that Nigerians love an affluent lifestyle, especially with their cars. When you stand by the roadside, you get to see several kinds of vehicles such as Mercedes Benz, Toyota, Honda, etc. One car that has come into Nigeria that so many people are still sceptical about is Tesla. 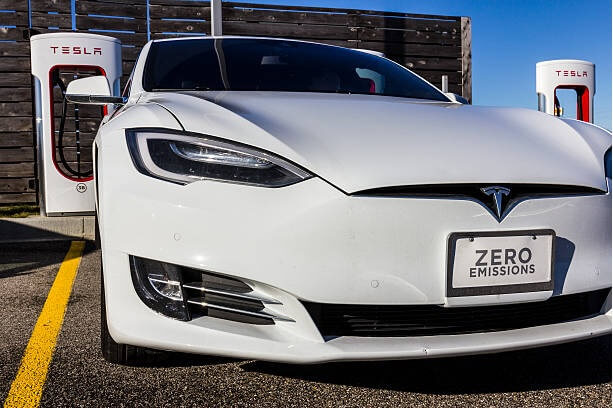 How Much is a Tesla Vehicle in Nigeria?

Tesla vehicles are produced by Tesla Inc., a company that was established by Elon Musk in 2003. All the vehicles from this company run on electrical energy. So how much does it cost to own a Tesla vehicle in Nigeria? There are several models of Tesla vehicles available in Nigeria today. We have made a list of these vehicles and their prices below:

Note that the prices of these cars are quite volatile because of several factors such as government policies, location, and vendor. We will update this post once we notice a change in prices. With this out of the way, let’s learn more about Tesla vehicles.

A group of engineers established Tesla in 2003 and they aimed to prove that people could drive electric vehicles without breaking the bank. According to them, the cars will be quicker, better, and more interesting to drive than their gasoline counterparts.

Tesla now builds all-electric vehicles with an intent to be infinitely scalable in terms of generating clean energy. The company believes that the world needs to move from cars that run on fossil fuels to cars that produce zero emissions. Tesla produces its vehicles at the company factory in Fremont in California as well as in Gigafactory Shanghai. The company also creates several energy solutions such as Powerpack, Solar Roof, and Powerwall to help its customers manage the generation, storage, and consumption of renewable energy.

Tesla makes use of a crisp edge-to-edge design that is built around a screen. This design has just about everything that a regular car has on its dashboard. The interior of the Tesla Model 3 is functional, superbly sleek, and minimalistic. This dashboard offers the user a clear view of the road to ensure that it maintains dynamism.

One look at the Tesla battery design and you can tell that it isn’t a simple one. The car is manufactured on a difficult assembly line made up of multiple batteries and wires. Tesla makes use of a clean combination that aids performance and an impressive range. According to Business Insider, Tesla makes its battery packs together with Panasonic.

The interiors of all Tesla vehicles are futuristic while the exterior designs are aeronautic and dynamic, perfect for the future. Franz von Holzhausen, the head designer at Tesla, and Elon Musk have emphasized that it doesn’t cost extra to produce more beautiful Tesla cars.

When you own a Tesla, it is very similar to owning a smartphone. We all know that you can easily upgrade your smartphone overnight and enjoy the new features in the morning. This is exactly how a Tesla works. There are frequent software updates that provide access to the most recent features of your vehicle. Also, you can access your Tesla vehicle’s basic features via the app.