Launched in 2017 by HMS Global, the Nokia 3 is one of the best-looking cheaper phones on the market. The resurgence of the brand name has helped the smartphone gain the attention of phone enthusiasts around the world and it’s no surprise why the Nokia 3 is generating a buzz.

If you’re reading this article, it means you’re interested in knowing the Nokia 3 price in Nigeria and its specifications. Without dragging further, let’s delve into the post fully. 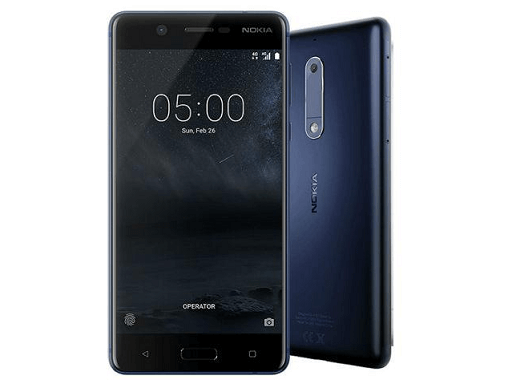 The Nokia 3 price in Nigeria starts from as little as N28, 000 in brick and mortar phone stores across the country. You can also make an order for the smartphone on any of the nation’s leading e-commerce stores, but at a slightly higher price. Prices may vary based on factors like foreign exchange, location of purchase, period of purchase, discounts etc.

The Nokia 3 borrows some points of its design from the Nokia Lumia phones of times gone by. The design isn’t the most gorgeous you will find on a budget smartphone but it has a premium feel and an attractive look that’s way ahead many of its competitors. Just like the Windows phone generation of Nokia devices, the Nokia 3 has a metal frame and a coloured polycarbonate rear panel with metal edges that looks brilliant. Just below the camera module, we found the Nokia logo elegantly emblazoned on the rear of the smartphone.

Weighing only 140g and a 7.5mm slimness, the Nokia 3 is a pocketable smartphone that also feels good in hands. The power button and volume rocker is located on the right-hand side of the smartphone, even though it’s quite small, which may give a little problem if you have large thumbs. The phone hosts a 3.5mm headphone jack on the top edge while the micro USB port for charging and data transfer is positioned on the bottom edge. The phone does not have a fingerprint scanner, meaning unlocking the phone might take time as you will need to press the power button and punch in your unlock code to use the phone.

The Nokia 3 is available in four colour options which include: Matte Black, Tempered Blue, Silver and Copper.  Dark coloured smartphones tend to outsell other colour variants of the same model and might also have a slightly higher price tag.

Sporting a 5-inch display with a pixels resolution of 720p, the Nokia 3 falls short of our expectations of the display a modern smartphone should have. The 720p doesn’t give off a sharp display like the 1080p screen which you can find in its contenders in the budget category (e.g. Moto G5 and OnePlus 5). In spite of this, the display of the Nokia 3 is readable up to an acceptable standard even in bright conditions.

Since the pixel density is just 294 pixels per inch, we’re unsurprised that its colour performance is poor. It is easy to notice the odd colour output which is dull and looks odd too. Nevertheless, the size of the Nokia 3’s display is perfect as you can comfortably reach all areas of the screen with one hand. Although HMD Global didn’t mention the type of Gorilla glass used for the screen protection, the touchscreen feels silky without feeling sticky under the thumb.

Battery life is not one of the pros of the Nokia 3, and you’re unlikely to be impressed by it. The first sign that suggests that the battery life of the smartphone is average is the spec list which demonstrates that it’s a 2630mAh battery cell. The battery capacity is not a disaster since there are very few things that require much power. For example, the screen is not power-hungry since it’s a 5-inch 720p display.

If you’re looking to use popular apps like WhatsApp, YouTube and Facebook among others, you might want to go out with your charger as the Nokia 3 doesn’t guarantee a full day’s use. Surprisingly, the smartphone doesn’t give a warning sign before it greets you with a black screen, which can be quite annoying if you wanted to tidy up before it shuts down. In addition, you can get extra time out of the battery if you make use of the battery saver mode. However, there’s no quick charging tech to help top your phone up quickly.

If you’re a lover of photos, the Nokia 3 is likely to be a disappointment. Both the front and back cameras sport 8MP sensors with no auto-focus, no face detect or even optical image stabilisation. Also, the camera is sluggish and takes time to boot up when you’ve tapped on the camera, meaning you may lose the opportunity to capture some lovely moments.

Owing to the camera spec of the smartphone, it’s not surprising that the shots are bland and uninspiring. You might be able to get clear shots in good lighting conditions, but don’t expect impressive images very often. The Nokia 3 has a LED flash for poor light conditions but the photographs are not the type of shots you would want to post on social media. In all, if you’re looking to click away and get detailed, colourful photos, look for other alternatives as the Nokia 3 cannot give you that.

The Nokia 3 features a MediaTek MT6737 system-on-a-chip which runs at a clock speed of 1.4GHz and supported by 2GB of RAM. However, it appears that the processor can’t deliver a smooth performance. For example, apps take time to load when we tapped on them and some crashed during use. While the smartphone was responsive to basic tasks like scrolling through the menu and others, it becomes slow when you’re operating other apps like Twitter or Facebook even though they’re undemanding.

Based on what we’ve noticed about the Nokia 3, we can say the smartphone requires a great deal of patience to use. It requires time to load many apps and these apps might also crash while you’re using them.

Being an entry-level phone, the Nokia 3 doesn’t have any feature to impress anyone aside from the fact that it’s dust resistant and uses voice control.

The Nokia 3 is a decent budget smartphone that can fulfil the basic tasks any average user wants. It also runs pure Android and has an attractive look. However, it doesn’t do very well in performance, battery life and camera. But feel free to purchase the phone if you’re looking for a phone to use for a long time, provided you know the Nokia 3 Price in Nigeria and the specs.

Check Prices of Other Nokia Phones