It was like a fairy tale when the news of the return of Nokia filtered into the media. Who would have anticipated the re-emergence of the brand following the ordeal it has gone through in recent times? Many people gave up on Nokia after it was acquired by Microsoft and its name was changed to Lumia.

Well, all that is behind now and we have the King back in the spotlight. You want to know the Nokia 5 price in Nigeria and the specs of this smartphone? Sit back and keep reading and we will tell you all you need to know about the Nokia 5. 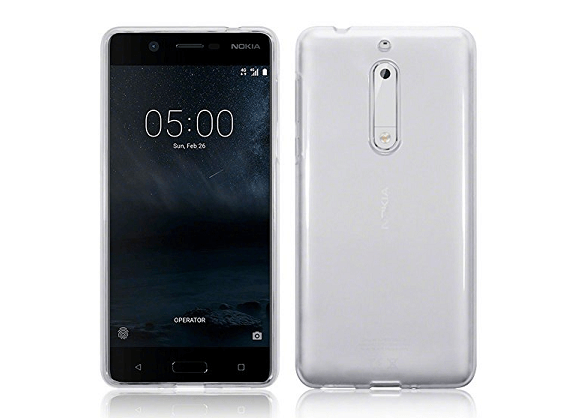 Launched by HMD Global Oy in 2017 alongside three other devices, the Nokia 5 is a midrange smartphone that’s ideal for phone enthusiasts who don’t have deep pockets but want to own a device with decent specs and durability. Already, many people will readily agree that Nokia represents quality and durability, making the Nokia 5 a top contender in the budget phone category in Nigeria.

Without further ado, let’s take a dive into the details of this smartphone to see if the Nokia 5 price in Nigeria matches the value it promises phone buyers.

The Nokia 5 is available for sales in popular phone stores in the country with prices ranging from N45,000 to N 56,000. However, keep in mind that prices are subject to change based in factors like exchange rate, location, period of purchase among others.

Right out of the box, the first point of attraction of the Nokia 5 is its gorgeous design. A lot of attention seems to have been given to making the smartphone look simple, yet ooze quality. Surprisingly, it has a metal body that feels just right in the hands with curves at the edge, making it look more expensive than it actually is. At the back of the smartphone is a caplet shape housing which is home to the camera and the flash which makes it look attractive at the back too.

Weighing just about 160g, the Nokia 5 is quite portable so you can flaunt your attractive phone at will. The home button doubles as the fingerprint sensor and it has a quick response rate to touch while the navigation keys are placed just beside the home button. The lower back of the smartphone features a single speaker which isn’t so great because the audio output gets distorted as you increase the volume. But if you don’t crank the volume up to the maximum, you just might be able to get an audio quality that Nokia is usually known for. Overall, the design of this smartphone is great, durable and premium.

The Nokia 5 is available in 4 colour variants namely: tempered blue, silver, matte black and copper colours. Based on previous trends, we expect the black colour units to sell out faster while the few available ones to have slightly higher prices than other colour variants.

The Nokia 5 features a 5.2-inch HD polarise display which is not only bright and clear, but also shows a good level of details to images and texts. Its 1280 x 720 pixels resolution makes it easy to watch videos and enjoy gaming. The screen is also bright enough to allow you conveniently use the phone under the sun.

However, despite the brightness of the phone, the smartphone’s colour reproduction isn’t incredible compared to what other midrange phones offer. Since it uses an LCD screen instead of an AMOLED screen, you might notice the phone is duller is to the eye. Nevertheless, the screen doesn’t fall short of expectation if you consider the price.

The battery capacity of the Nokia 5 is 3,000 mAh which might not be impressive for heavy users. With minimal use, you can probably get through a whole day out of the battery on a single charge. But if you’re the average user that plays games, use the internet often or even turn your screen brightness to the highest, chances are that you might need to plug your phone 2-3 times a day. What this means is that you’re unlikely to watch two full movies on a single charge or even stream content for a couple of hours.

Going by the disappointment of the battery life, we would have expected the Nokia 5 to come with the fast charging ability but it doesn’t. If you want to get your phone to full charge in preparation for the day, you would need to plug it into power the night before because the Nokia 5 requires time to top-up.

Equipped with two cameras at the front and at the back like most smartphones, the Nokia 5 boasts of 13MP (main) and 8MP (selfie) so you can capture your finest moments. But after a couple of shots using the two cameras, you will likely realise that the cameras promise clear photos only on paper. For a start, the picture quality of the smartphone isn’t impressive and can become worse under low-light conditions.

The cameras also take time to load which can be quite annoying, especially if you were trying to capture a particular moment. Added to this flaw is the inability of the Nokia 5 to capture details and produce colours the way you see them. In all, odds are that this smartphone can likely make the top 10 in the rank of midrange phones with regards to camera.

Under the hood, Nokia 5 features a 64 bit octa-core Snapdragon 430 processor with a performance that’s acceptable for its price. Don’t expect the type of speed you will usually get on flagship devices. For example, you might notice that there’s a lag between when you tap on an app and the time it takes for it to open. And if you’re a gamer, you can still play games but you will need patience because it takes time for games to load, plus the graphics is also not quite encouraging.

The Nokia 5 features biometric tech which is quite surprising for a budget smartphone and also has the Google Assistant which can help you organise your day and provide answers to your questions on the go.

The Nokia 5 is a midrange phone for people who’re looking for an affordable smartphone that promises durability and quality. Coming from a brand that’s trusted by many, there’s little reason to wonder why the Nokia 5 still makes sales today.

However, you might want to put at the back of your mind that, like all other budget phones, the Nokia 5 also has its pros and cons. With this review, you should be able to decide if the phone meets your needs.

See Prices of Other Nokia Phones in Nigeria