If you are among smartphone fans that nurture the notion that Nokia has lost its magical touch in the mobile world, then you need to talk a look at one of the latest smartphone magic in the market – Nokia 9 Pureview.

This latest Nokia Flagship answers critics in the most emphatic of ways, singularly raising the Nokia market again and competing with the very best of mobile phones available today. If you are a die-hard fan of Samsung phones, then get ready for a serious argument about which smartphone is better – Samsung S10 or Nokia 9 Pureview.

Everything about the Pureview is class. From its outstanding design down to its remarkable display, the smartphone shows Nokia at their very best. Do not forget to mention one of the most thrilling features of the smartphone – 5 different cameras at the rear of the phone. Whao. 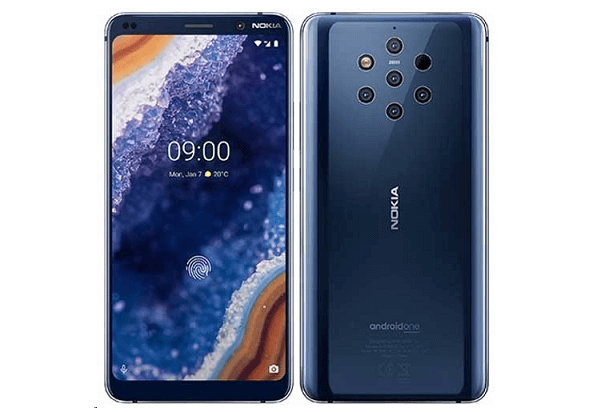 Are you a lover of mobile phone cameras? Get ready for a sensational smartphone camera quality like never before.  Camera performance and display are clearly the emphasis here and you will finally be able to fully experience a feel of various camera specs only a few other smartphones can offer.

Feeling curios about the smartphone already? Then keep on reading. In this post, we will take a look at how much this smartphone goes for in the market. We will also consider the core features of the phone and why it rates among the best Nokia phones ever.

As it stands, the Nokia masterpiece has not been released into the Nigerian market although one can pre-order from various e-commerce stores. Presently, Nokia 9 Pureview is now available for between N225,000 – N230, 000 in SLOT and other reputable retail stores in Nigeria. You can expect the price of this phone to significantly come down in few months though.

Nokia 9 Pureview Specs at a Glance

Since the official unveiling of Nokia 9 Pureview some months ago, smartphone fans have grown increasingly impatient, savouring another masterpiece from Nokia. However, while some fans are extremely fascinated by the camera quality, style and design that accompany the phone, some other critics are less than impressed with other features of the phone, citing Nokia’s old-school touch as one of the downsides of the phone. Is their argument valid? Let’s find out.

Nokia 9 PureView is the world’s first five-camera array system with ZEISS Optics smartphone. This is arguably the main selling point of this phone. Although the design put camera qualities of other smartphones into a re-think mode, other features of the phone still raised some few questions.

Let us take a deeper look at this smartphone, considering the features, specifications and why it is regarded as one of the best phones launched by Nokia.

When it comes to design, Nokia never disappoints. The Nokia 9 Pureview, like most other latest Nokia smartphones in recent times. As expected for a smartphone of that price, the design and overall build quality are amazing. Nokia opted for a 6000-series aluminium which gives the smartphone a classy finish.

There is also a modern touch with a glossy coat and chamfered edges to perfect the finishing. To cap the amazing design is a Corning Gorilla Glass 5 to help protect the screen. While the phone’s screen is essentially flat, the rear has a unique curve near the side edges.

The arrangement of the 5-camera system at the rear of the [phone is another stunning brilliance. Don’t expect to see fingerprint sensor at the back of the phone like most modern phones as this has been switched to the front, right beneath the display. Unlike most other top-notch smartphones though, early users of the smartphone’s fingerprint sensor have complained it is not as responsive as expected. In fact, you might need to ignore the fingerprint sensor if you really want to enjoy the phone with ease.

Overall, the smartphone weighs 172 grams and measures 8mm in thickness. It also has only one colour – Midnight Blue. Nokia should be given some credit as regards the overall design.

Although the smartphone world cannot stop applauding the 5-camera system, but Nokia 9 Pureview’s 5.99 inches QHD+ display POLED display stakes a claim among its most outstanding features. In terms of brightness, be ready to give the smartphone an A+, reaching up to 430 nits, though some few users have complained about the auto-brightness feature that makes the phone go close to null brightness when in dark spaces.

Nokia 9 Pureview covers 252.3 percent of the sRGB color scale, which makes it more colorful than the likes of OnePlus 6T (223 percent), Pixel 3 (202 percent) and even Samsung Galaxy S10 Plus (136.5 percent). In addition, with a Delta-E total of 0.45, color accuracy is pretty impressive, even though the Pixel 3 (0.35) and the iPhone XS Max achieved even superior results.

Owners can choose from vivid, cinema, and basic color outlines, or set the smartphone to dynamic, which enables the color profile to change based on the ambient light.

Smartphone performance has been a key factor in determining the best phones in recent times and the Nokia 9 Pureview does not rate badly when compared with the very best phones today. In fact, the smartphone scored expressively higher than the popular Samsung Galaxy Note 9. Exciting. While these scores are impressive on paper, they do not totally appear like that in reality.

Even after HMD Global released a major system update, the Nokia 9 Pureview still runs poorly and is not as efficient as the paper says — not all the time of course, but frequently enough to notice when using the phone. Applications hang sometimes or even crash totally, while some other apps take time, sometimes too long, to open.

The main camera boasts five 12 MP which work simultaneously and allows for dynamism and picture concepts. The front camera wouldn’t fail you. In fact, the 20 MP front camera rates among the very best in the current market and is worth all the accolades coming its way. The phone can also capture RAW images so that you can do your own editing.

As always, software always make thing better. The brilliant battery optimizer that is part of Android 9 Pie (Adaptive Battery) does an admirable job sustaining a charge for a period. One down part of the phone is that, unlike Samsung Note 9, it takes long to charge, especially via wireless chargers.

Nokia 9 Pureview is one phone you can fall in love with at first glance depending on your taste of smartphones. If you love efficiency and smartphone performance, you might have a thing or two to complain about but generally, Nokia 9 Pureview is another masterclass from Nokia.

Prices of Nokia Phones in Nigeria