Following the influx of budget smartphones into the Nigerian phone market, Samsung has released two smartphones to freshen up its offerings in the category. Prior to the release, the global manufacturer has been making hits with the Galaxy S9 and S9 Plus but had been losing its market share in the budget segment.

Read on to find out all you need to know about the Samsung Galaxy J6 and J6+ prices in Nigeria, their specs and their differences. 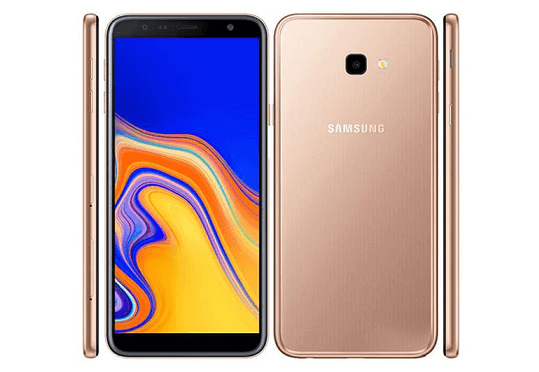 Samsung Galaxy J6 vs. Galaxy J6+: What are the differences?

Display: The Samsung Galaxy J6 features a 5.6-inch super AMOLED screen with a 293 pixels per inch while the Galaxy J6+ comes with a 6.0-inch LCD screen and a pixel density of 274 per inch.

Memory: The Samsung Galaxy J6 and J6+ share the same RAM and in-built storage. The key difference between them is that while the former supports an external memory card of up to 256GB, the latter can accommodate bigger microSD storage of up to 512GB.

Processor: The Samsung Galaxy J6 features Samsung’s own chipset, Exynos 7870 Octa-core with a clock speed of 1.6GHZ per second; while the Galaxy J6+ runs on Qualcomm MSM8917 Snapdragon 425 Quad-core which clocks at 1.4GHz per second.

Battery: The Samsung Galaxy J6 is powered by a 3,000mAh battery cell while the Galaxy J6+ relies on its 3,300mAh unit to supply the battery juice.

Having outlined their differences, let’s take a look at the features you will find on the two smartphones.

Right out of the box, the first thing that will catch your attention is the simple yet refreshing design of both devices. Weighing only 154g, the smartphone is 8.2 mm thick which makes it easy to hold in hands without feeling weighty. The rear of the phone is made of polished glass with Samsung boldly emblazoned below the camera.

The lock/power button and the speaker of the phone are positioned on the right-hand side of the phone while the volume rockers and slots for the SIM card and microSD card are on the left. At the bottom of the devices are the micro-USB port and the 3.5mm headphone jack. There’s no physical button on the smartphones, but what you will find are the Home, Back and Overview buttons which are all on the screen.

The Samsung Galaxy J6 features a 5.6-inch super AMOLED display with a resolution of 720 x 1480 pixels. As expected, the display is colourful, crisp and detailed, and the brightness of the screen is quite impressive. The size of the display is perfect those who don’t like big screens and want to reach any part of the screen with your thumb.

However, unlike the Galaxy J6, the J6+ has a larger screen which is 6.0 inches and is an LCD screen. The resolution is the same with its counterpart as it is 720 x 1480 pixels. The display of the Galaxy J6+ isn’t as detailed and the colours aren’t as accurate as the Galaxy J6 since it’s an LCD screen. It appears Samsung made the Galaxy J6+ for those who want a bigger screen but who don’t mind having a screen that’s less detailed. Nevertheless, the display is acceptable for a budget smartphone and can compete with favourably with its contenders.

The cameras of the Samsung Galaxy J6 and J6+ are the high points of the devices. The smartphones sport a 13MP shooter (main) and 8MP (selfie) with dual tone LED flash which can perform decently under good light conditions. The rear camera doesn’t have any image stabilisation which could have helped to capture moving targets. However, the 8MP shooter can reproduce colours better and also provide options for beautification which can help process your photos so they look better than usual.

Under the hood, Samsung’s Exynos 7870 (which is an entry level) chipset handles all the tasks needed in the smartphone. The octa-core processor is supported by 3GB/4GB of RAM which clocks at a speed of 1.6GHz. Being a chipset for budget phones, we doubt it would be able to manage power efficiently or even run tasks smoothly. And if you’re a heavy gamer, the Galaxy J6 is not the phone for you as you may repeatedly experience issues playing heavy graphic games.

The case is not too different with the Galaxy J6+ which is run by the Qualcomm Snapdragon 425 quad-core processor, except that the quad-core SoC performs well as you’re less likely to have issues while gaming. The chipset operates with the assistance of 3/4GB RAM and clocks at a speed of 1.4GHz.

Samsung is usually not known for large battery units, so it’s unsurprising that the Galaxy J6 draws its battery juice from its 3,000mAh cell. If you’re a light user, the smartphone should be able to get you through the day as tests have shown that you can get up to 21 hours of talk time out of the device. And if you’re planning to use the phone heavily for tasks like surfing the net or playing games, you might need to take a charger with you when you go out.

Conversely, the Galaxy J6+ is powered by a 3,300mAh battery cell unit which is a slight improvement on the Galaxy J6, so you can expect the device to last longer than its counterpart. However, the battery usage not only depends on how you use the smartphones but also on the brightness of the phone. Sadly, both devices do not support fast charge which means it might take a fairly long period of time to top up the devices.

Both devices rock a fingerprint scanner as well as accelerometer and proximity sensors but only the Galaxy J6 features a gyro and compass.

The Samsung Galaxy J6 and J6+ are affordable devices that provide an opportunity for lovers of Samsung to own a phone from the brand without breaking the bank on it high-end devices. Although their specs are not the best out there, they are impressive considering their price tag which means they offer value for money.

Prices of Other Samsung Phones in Nigeria