If you are looking to get a car that combines efficiency, durability, and style, then Toyota Camry should be among the top cars on your list. Just like its brand sister Toyota Corolla, Toyota Camry has for long been one of the best-selling brands of Toyota cars worldwide. Deservedly so, this classy brand has been made quite affordable to both the middle and first class. 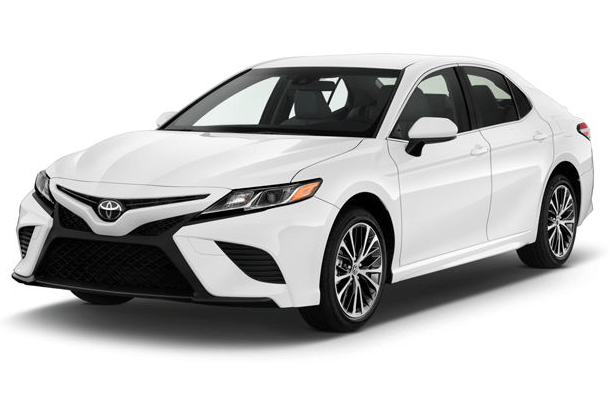 Since it stormed the market over 30 years ago, Toyota Camry has consistently stunned the automobile market in Nigeria. It ranks among the most in-demand cars and has been one of the highest selling Toyota brands since 2010. Easy accessibility and affordability of the model’s spare parts are to thank for the success of Toyota Corolla in the automobile market.

With its latest models in recent years branded “muscle “, Toyota Camry demonstrates ruggedness, durability and terrific handling. Its Mid-size makes it a perfect choice for everyone from all walks of life, fitting any occasion.

Let us take a look at how much this Toyota Model costs in the present market.

Just like other popular brands of Toyota, Toyota Camry will not run out of stock, at least not yet, with newer versions produced every year. The rising demand of this brand is one reason Toyota has been encouraged to do more, constantly advancing on previous versions.

Although models of 2008 and below are gradually becoming unavailable, one can still easily buy the near-brand-new of the latter models directly from the manufacturer or international distributors. With the inconsistency in the naira-dollar conversion rate, the prices of this Toyota model have also been inconsistent. Also, tariff and custom clearance fee have played a part in determining the eventual prices of the brand new of the model in Nigeria.

With all these factors being considered, a brand new Toyota Camry costs about 25 – 30 million naira, depending on the year of the model being purchased.

It should be noted that only the “muscle” versions of the model are available for brand new purchase. Other models (2007 and below) are out of stock.

Nigeria is one of the most open markets to Foreign-used (Tokunbo) cars. In fact, in recent years, Foreign-used cars have sold far more than brand new ones. Nigerian automobile market has focused more attention on Foreign-used cars due to its easy accessibility, cheaper rate and less clearance stress when compared to brand new cars.

Prices of Toyota Camry Foreign used cars vary. While some are quite cheap and easily affordable, some others are relatively expensive. This can be as a result of certain factors including the year of production of the model, condition of the car, mileage and other relative factors.

It’s no doubt some people prefer to go for locally used cars in Nigeria. It is considered cheaper and maybe economical on the long run, especially when one takes out tariff and custom fees. Generally, locally used cars are about 60 to 75 percent of foreign-used (Tokunbo) equivalent. This is the same with Toyota Camry. Let us take a look at the latest prices of Nigerian used Toyota Camry

It should be noted that the prices are typically based on certain conditions including the year of production, condition of the car, fuel economy among other factors.

Toyota Camry: Some things you need to know

The Toyota Camry is one of the best mid-size cars available. The classy Toyota brand accommodates five passengers comfortably and boasts of wonderful features and designs. The latest version of the brand features an updated infotainment system to add to its expressive new look.

The handling of Toyota Camry is standard and solid. This might not be as sporty as some young drivers might prefer. In terms of interior space, the slick car slightly falls short when put side-by-side with other mid-size cars like Ford Fusion and Mazda6, although its beautiful interior design makes up for the not-too-big interior space.

Toyota Camry: Things You Will Like About the Car

Toyota Camry: Things you will not like about the car

For a car, that strong and classy, the trunk space is not impressive enough. Some users complain about the interior not having enough trunk space compared to other mid-size cars of its caliber.

Although the latest versions are equipped with sports tuned suspension, Camry’s handling is still firm and not as “sporty” and flexible compared to some other Toyota Brands like Corolla. It does not offer the same overall driving experience as a true sports car. Its silent exhaust also takes away that fun factor when driving.