When it comes to compact sedans, Toyota Corolla rates among the very best in the industry to date. As much as it is strong and rugged, it is classy, smooth to drive and thrifty. While some see the sedan as a baby Camry, some others rather relate it to the more exotic Lexus, with the latter principally true with the Corolla LE with the elective leather interior.

The 2004 Toyota Corolla rated among the very best sedans in the past decade and it is easy to see why. Like prior year models, the compact sedan efficiently combined lovely handing and amazing performance while maintaining great fuel economy. 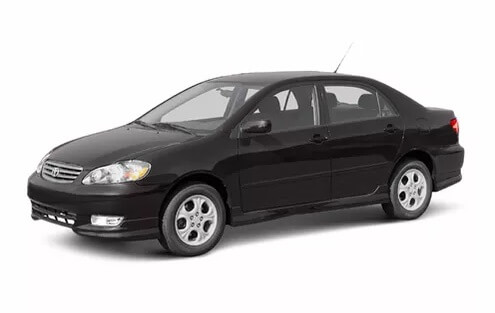 In this post, we will consider the current prices of various versions of this sedan in the Nigerian automobile market. We will also take a look at the vehicle’s core features and operation.

While there are no serious differences between the 2003 and 2004 model, there is a significant difference in how much they go for. As it stands, you can get the 2004 Toyota Corolla for anything between N2 million – N3 million.

The variation in the prices is due to some certain factors, which include the currency exchange rate at the time of purchase, custom clearance fees and other basic tariffs, the condition of the car, and other basic factors.

The market for foreign used vehicles has grown in Nigeria over the past decades. For vehicles like Toyota Corolla that are designed to maintain same efficiency for a long period of time, the foreign used Tokunbo market is always a great option to dive into. The vehicle’s exploit in the Tokunbo market is down to the vehicles already established durability, efficiency and ruggedness.

Although the 2004 Toyota Corolla is gradually running out in the Tokunbo market as models that are more recent are in demand, the model remains a big deal in the automobile world. They can be purchased from various automobile dealers in Nigeria or imported directly into the country.

Locally used Toyota Corolla are readily available in the automobile market and can be purchased for between N1.3 million and N2.5 million. The prices of locally cars are generally dependent on the overall condition of the vehicles -the fuel economy rate, neatness, overall state of the engine and other core specs are some of the factors that affect the eventual prices of these kinds of vehicles

It is fair to think some of these locally used cars might have significant issues, whether mechanical or electrical, but not always. In fact, most of the time, these vehicles have little difference when compared to foreign used cars and given the ruggedness and durability of 2004 Toyota Corolla model, you can expect a smooth deal.

Things You Should Know About 2004 Toyota Corolla

Like most other previous Toyota models, the 2004 Toyota Corolla comes in one body style – a four-door compact sedan. It comes in three trims: the base CE trim, the Sport trim, and a deluxe LE trim. The CE trim comes in two options – the manual and automatic transmission.

All the trims of 2004 Toyota Corolla come with 15-inch steel wheels, though they look like they could do with larger wheels and tires that would allow a smoother and more efficient functionality. At the back, the Corolla has a high trunk line in keeping with the car’s high belt line. The taillights fits the shape of the headlights perfectly.

When it comes to the safety department, 2004 Corolla gets an A. It boast loads of safety features including multistage front airbags that protect the driver and front passenger during crash. Some trims also features side-impact airbags on all sides. All trims in the model also feature pretensions and force limiters, which further reduce serious injuries during a crash.

If you are looking for a sophisticated sedan that is reliable and blends with almost all occasions, then the Toyota Corolla is one you should consider. It is one of the best in terms of fuel economy and does very well on the road.

While its balance on the road and overall handling might be some way off the popular Toyota Camry, it still maintains its top efficiency and is easy to drive. The interior is particularly impressive with suitable features. The car is spacious and for its class, the 2004 model is a top choice. 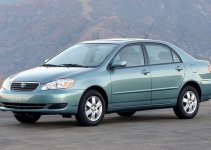 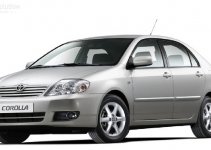