From the moment Toyota introduced the Corolla Brand in 1966, through to when it became the world’s best seller in 1974, and through all the years that we have been thrilled with different breathtaking and classy models, there has never been any doubt that the brand has come to stay.

In many parts of the world, Toyota Corolla reigns supreme. The Japanese brand is a popular best-selling nameplate in Nigeria, both in the corporate and family world. 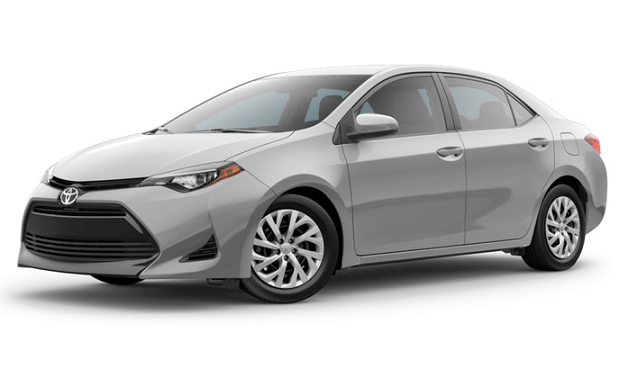 While there is a lush of foreign used Toyota Corolla cars in Nigeria, it is also common to find dealers who sell locally-used Toyota Corolla cars in Nigeria. For one reason or the other,  a user may just want to sell his or her car. Also, these cars are often cheaper than Tokunbo cars, except they are really new and meet certain conditions. Nonetheless, if this is what you prefer, you’ll find the prices of such cars below.

I stated earlier that the prices will be presented in ranges. This is simply because used cars (foreign or local) do not have fixed prices. It will depend on mileage, number of faults (if any), trim, and several other factors. This makes it possible to even find an older model that is more expensive than a newer one. The condition of the vehicle goes a long way to determine the price, except it is a brand new vehicle, like the 2017 model.

Things you should know about Toyota Corolla

The Toyota Corolla brand was introduced in 1966. The name “Corolla” is derived from the Latin word “small crown”, detailing the fundamentals of the brand’s history, as expressed by the Toyota Corolla Sedan crown. It is a series of compact and subcompact cars that have served the needs of users for decades. In July 2013, Toyota recorded a milestone with its Corolla brand reaching 40 million sales.

Toyota has made rear-wheel, front-wheel, and even four-wheel drives over time. These changes have come as a result of the changing dynamics of automobile production and usage that we have witnessed in successive years. Although a few semi SUVs have surfaced, most Corolla models are saloon cars. They also have a specific and often remodelled design that gives the Corolla brand its peculiar look.

The eleventh generation Corolla Axio usually comes with a 1.3ltr 1NR-FE four-cylinder engines and also front or all-wheel drive. CVT transmissions and 5-speed manual are also featured in the model. The Corolla Fielder is another spec in the series that is worthy of note. This one has a 1.5ltr NZ-FE or 1.8-ltr 2ZR-FAE 4 cylinder engines mated with a specialized CVT transmission.

A hybrid was also introduced combining the attributes of the Axio and the Fielder. This was released in August 2013 and also featured the 1.5-ltr version. I am taking a closer look at these particular models because they actually constitute the period of cars that this post has captured.

There are several elements that you’ll love about the Toyota Corolla brand. But we shall explore a few of them;

The Corolla is not the sporty kind of car. So if what you want is something that makes you hippy, you may want something else.

Also,  the parts of newer models of the Corolla, especially from 2013 are quite expensive. While they are available, they don’t really come cheap.

Toyota Corolla has, over the years, provided a suitable and elegant series of cars for people who desire a middle ground between high-end sport automobiles and simplistic mundane designs. It is classy, elegant, and comes with a very mature look, year after year. For more than three decades, the Toyota brand has become increasingly desirous for many Nigerians, especially because the parts are readily available and mechanics can easily find their way around it.