It will only take you less than 5 minutes in a Toyota Highlander to understand why it is ranked one of the best Toyota Jeeps to ever be produced. Whether behind the wheels or in passengers’ seat, you can be sure of smooth and comfortable ride. With its first model officially launched towards the end of year 2000, this classic jeep has since then cemented its place as one of the top-class Toyota brand ever.

Built on the same platform as used on the Toyota Camry, Toyota Highlander was welcomed with open arms in the Nigerian automobile market, proudly standing tall as one of the highest selling SUVs of all time in Nigeria. Irrespective of the model, Toyota Highlander remains evergreen and maintains its commanding presence in Nigeria. 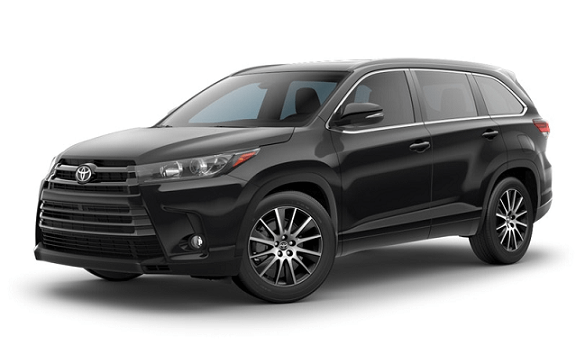 Like other Toyota brands, the spare parts of this classy jeep are easily accessible and affordable, thanks to its exploit in the automobile market. Its latest 2018 model adds sophistication and awesomeness to its already expressive look.

Let us take a look at the Prices of various models of Toyota Highlander in Nigeria.

This is no news, Toyota brands rarely run out of stock. This is the same with Toyota Highlander. You can be sure to get a brand new version of the car although brand new of models below 2005 will be quite difficult to get.  Toyota releases new model of the brand annually, with obvious advancements in major areas of the car.

You can easily get brand new Toyota Highlander, especially models between 2010 and 2018. These models can be gotten directly from Toyota companies all over the world or international distributors. Depending on how much you are willing to spend to acquire a brand new Toyota Highlander, all the models guarantee smooth ride with constant basic advancement on preceding versions.

Although prices of brand new Toyota Highlander are affected by fluctuating currency exchange rate, clearance, tariff and custom fees, you can still get one between #20 million and #28 million, depending on the model and clearance charges. The latest 2019 model though costs between #35 million and #40 million naira, including custom charges and clearance settlements.

Nothing beats a brand new car, not in quality and freshness. A neat foreign-used (tokunbo) car comes close though. Foreign used Toyota Highlander might not be as shinny and “brand new” as the “tear runner” counterpart, they still stylishly maintain the brand’s swagger, irrespective of the model.

With Nigeria being a well-known market for Tokunbo cars, Toyota Highlander foreign-used versions have boasted far higher sale rate than the brand new. This is largely due to their cheaper prices and ease in acquiring them. Another reason people have rather preferred the tokunbo version of especially Toyota Highlander is that there is sparingly little difference between the brand new version, thanks to its versatility and easy maintenance.

Almost all models of this Toyota brand are available in the tokunbo market. Apart from the 2018 model which is yet to circulate globally, you can easily get foreign-used Toyota Highlander from car dealers and distributors from all over.

As expected, prices of foreign used Toyota Highlander vary due to some certain factors that include the year of production (model), the state of the vehicle, and fuel mileage among other factors.

Although the locally used versions of this brand tend to lose its overall “freshness”, there is rarely a dip in the overall quality of the brand, no matter the model. That is one of the main strengths of this topnotch brand: its consistent quality stands the test of time.

With custom clearance fees and tariffs out of the question, one can expect to get a neat Nigerian used Toyota Highlander between 55 to 70 percent of foreign used versions. It should be noted that prices are determined based on the condition of the car, the model, the neatness and fuel mileage.

The list below shows the average prices of Nigerian used Toyota Highlander for various models.

Toyota Highlander: Some Things you need to Know

The Toyota Highlander is a midsize automobile that does just almost everything you might be looking for in a 3-row crossover SUV. This Toyota brand has one of the nicest cabins and overall interior when compared to SUVs in its class with its luxury and classy touches.

This must-drive Toyota brand seats up to eight people. Passengers can easily choose between second row’s seat and a full bench seat. The first two rows provide enough space but the third row is only fitting for children.  It also boasts of amazing handling and powerful v6 engine.

Toyota Highlander: Things You Will Like About The car

Toyota Highlander: Things You May Not Like About the Car

Unlike other popular SUVs in its class, the space provided in the third row of Toyota Highlander is not impressive. While the row comfortably fits children, adults will most likely feel confined on long trips.

Despite boasting of a powerful V6 engine, most models of Toyota Highlander are not designed to handle very rough terrains. Although the SUV will perform well on mildly rough surfaces, it is not advisable to attempt to drive the car on hardcore rough terrains. This is because most of the models lack undercarriage protections and components at the base might be damaged easily.