If you are in the market for an affordable smartphone with standard features and outstanding performance, then Xiaomi should be one of the top smartphone brands on your list. Designed with commendable upgrades, lovely configurations, Xiaomi smartphones are generally affordable devices packed with user-friendly features.

While the brand has been generally appreciated for producing outstanding devices, their line-up can sometimes be confusing. Xiaomi has manufactured various types of smartphones in various classes and vary heavily in output and budget. 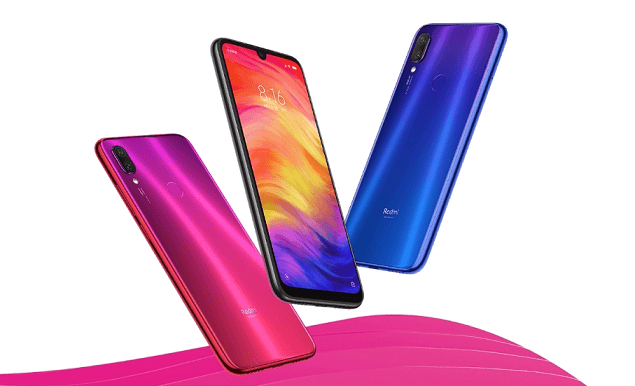 For instance, they recently decided to launch a budget mid-range Redmi brand, which is seen as a segment of the overall Xiaomi brand. While separating Xiaomi and Redmi brands make both products better based on recent outputs, it has more diversified the brand, causing confusing of which is which between customers. Regardless, whether Xiaomi or Redmi, they continue to stun the mobile market all over the world with astonishing smartphones that come at remarkably cheap prices.

Xiaomi may not be the most popular names in the smartphone world today, especially in Nigeria, yet it has earned raving reviews from various parts of the world. Its affordability apart, the brand manufacture smartphones that are right there among the very best in the industry in terms of latest features and outstanding specs.

While Redmi is presently known for its budget-friendly smartphones, the main Xiaomi products (the Mi line) have numerous flagship models. It is also fair to note that both brands have mid-range models.

Largely known for its reliable high-tech specs, user-friendly features, and sleek mobile designs, the Xiaomi brand will look to stake its claim among the very best in coming years. See the links below for the current prices of Xiaomi’s latest phones.

Arguably Xiaomi’s best smartphone at the moment, the Mi 9 offers high-end features and specs. The smartphone’s major highlights go to the lovely 20W wireless charging, the very first for any smartphone, its incredible triple lens camera at the back and the QUALCOMM chip it runs on.

The basic version of the smartphone features a 6 GB of RAM and 64 GB or 128GB of storage depending on the type, while some other variants feature 8 GB or 12 GB of RAM and boast as much as 256GB of internal storage. The phone features a 6.39-inch display with a small notch on the topmost. While the smartphone is a top choice for lots of phone lovers, it has its own not-so-good sides. For example, the absence of headphone jack and the fact that you cannot increase the internal memory storage as there is no external SD card slot.

Like all other Xiaomi phones on the list, the Mi 9 offers value for money. While it is quite difficult to determine the eventual price of the phone as it is not available in the Nigerian market yet, you can expect the smartphone to cost between N185, 000 and N215, 000 depending on the variant.

This is another impressive Xiaomi Masterclass. The Mi Max 3 has a unique design that ensures the two front cameras are not as visible when they are not in use. This means that unlike most other smartphones, this device does not sport a notch, which deciphers to more screen space. According to the brand, the Mi Mix 3 offers an impressive 93.4 percent screen-to-body ratio.

The smartphone runs on a Snapdragon 845 chipset, boasts up to 10 GB of RAM, and features a dual-camera setup on the rear. Furthermore, just like the MI 9, MI Mix 3 supports wireless charging and has double frequency GPS as seen on the Xiaomi Mi 8. The device was launched last October and was later joined by a 5G variant, which comes with the fresher Snapdragon 855 chipset and superior battery capacity. It costs between N165, 000 – N180, 000.

The first Redmi model on the list. This mid-range smartphone boasts a lovely 6.3-inch full HD+ display and runs on a Snapdragon 675 chipset and features 6GB RAM, which ensures smooth performance. The camera setting is another feature to savour with a dual-camera setup at the rear with one of the sensors boasting a gigantic 48MP. The device however uses pixel binning to produce 12MP shots, which improves image overall quality.

The Redmi Note 7 Pro boasts a large 4, 000mAh battery and a fingerprint scanner situated at the rear of the device. While the smartphone is still not available in the country, it is rumored to cost between N80, 000 and N100, 000

The Redmi Go is one of the cheapest smartphones on the list, and in fact, on the Xiaomi line-up. As you can easily predict by its name, the device runs on Android Go, a stripped-down model of Android specifically design for entry-level budget smartphones.

The smartphone is a perfect choice for smartphone lovers in the market for compact phones. It features a 5-inch display with compact resolution. It runs on Snapdragon 425 chipset, maintains a steady 1GB of RAM, and offers 8GB internal storage that is expandable via a memory card. It can be purchased between N25, 000 and N30, 000

This device is an improved variant of the Mi Mix 3. It rates as the very first Xiaomi smartphone to feature the 5G connectivity. While there is not so much difference between this smartphone and the already popular Mi 9, the latter still peeps as the very best Xiaomi product till date thanks to its superior core features. Yet, the Mi Mix 3 5G is an excellent smartphone that offers so much for the price it goes for.

The device has major upgraded when compared with the original Mi Mix 3. It boasts an upgraded chipset, network connectivity, operating system, and battery capacity. It can be purchased between N200, 000 and N225, 000.

On paper, you wouldn’t really rate the Redmi 6 among the very best Redmi inventions. When it comes to specs and features, the Redmi 6 does not rate so much, yet, the smartphones over so much to be regarded as a fine device. It runs on the MediaTek Helio P22 chipset, boasts 3 or 4GB of RAM depending on the variant, and further features 64GB of internal storage. You’d ask for too much if you compare this smartphone with the very best Xiaomi products but you can still appreciate its steady functionality.

This one smartphone strongly competes with the Mi 9 as Xiaomi’s best invention ever. Apart from its scintillating design and amazing specs, the phone’s display is lovely. It features a 6.39-inch display with a screen resolution of 1080 x 2340 pixels and operates on Android v9.0 OS.