Sony makes the list of top tablet brands for all the right reasons. They are arguably among the most reliable, efficient and durable tablets in the market today. Apart from the fact that they are relatively easy to use and boast of features that are user-friendly, Sony tablets are known for their battery strength and superfast processor.

Sony tablets come in different types. These types vary in sizes, RAM sizes, internal storage capacities, battery strength, screen resolution and other basic features. They also, of course vary in prices. The prices of Sony tablets are dependent on the features already mentioned and the year of production. They are readily available in various mobile gadget and computer stores across the country. They can also be purchased via online platforms. 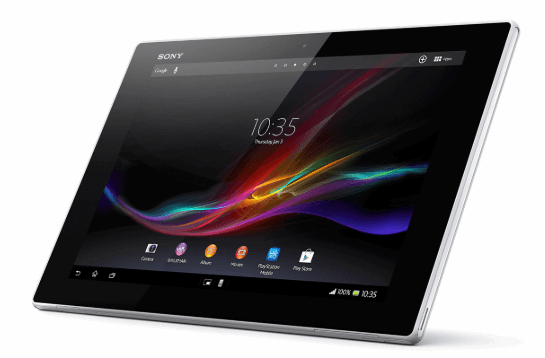 Here, we will take a look at various Sony Tablets available today.

This Sony tablet was launched in 2015, boasting among the tablets with highest sale. The tablet still remains a favourite thanks to its 2GHz ocat-core processor and 32G memory storage. It runs on Android 5.0 Operating system and is powered by 6000mAh. Below is a highlight of its basic specifications.

This classy tablet entered the market about 4 years ago. It comes with an 8-inch display with a resolution of 1920 by 1200 pixels. The tablet is powered by a strong 2.5 GHz processor and features a 3 GB Random access memory. The tab not only rate among the best Sony tablets in history, they rank among the most sought after tablets when first released and still has their value in the market till date. Here is a breakdown of the tablet’s specs.

This is another top tablet released in early 2014. The 10-inch tablet boasts of user-friendly features, powered by a 6000mAh battery. The tablet operates on 3GB RAM and with an internal memory capacity of 16 GB which is expandable to 128 GB. See below the full spec of this tablet.

From the classy design of this tab to its functionality, you can see why it is graded among the best and most successful Sony tablets ever. They are the first of the Z tablet series and was launched in 2013. Although they are gradually going out of stock, they still remain a top choicer for Sony lovers. The Sony Xperia Tablet Z is a single SIM (GSM) tablet that accepts a Micro-SIM. Connectivity options include Wi-Fi, GPS, Bluetooth, NFC and 3G. Sensors on the tablet include Compass/ Magnetometer, Proximity sensor, Accelerometer and Ambient light sensor. Here are some of the basic specs of the tablet

Sony tablets are rated among the best around for many reasons. Apart from the fact that they have established themselves among the top rated brands in the world, their tablets speak of their quality and overall brand identity.  Here are some of the things you will like about Haier refrigerators.

See Prices of Other Tablets in Nigeria