Designed as an entry-level smartphone, the Tecno K9 is another unique offering on the market that was released to make a bold statement in the world of smartphones. The device is a major upgrade on its sibling, the Tecno Spark K7, to provide extra features that appeal to a different segment of the market.

As we all know with Tecno’s smartphones, they are low-priced compared to their contenders. What this means is that the Tecno K9 price in Nigeria is affordable and is just right for the specs of the phone.

In this post, you will find out the various features that make this device stand out from the pack as well as the areas we felt the device could have been better. 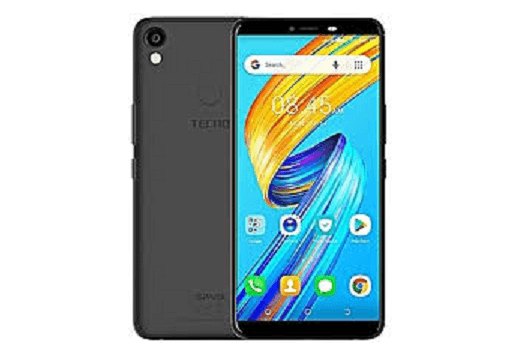 The Tecno Spark costs between N30,000 and N35,000 in popular phone stores across the country but the price may be higher on the nation’s leading e-commerce stores. Prices may vary based on factors like foreign exchange, the location of purchase, the period of purchase, discounts etc

The Tecno K9 rocks a metallic body that gives it the premium feel that comes with high-end phones. While we admit that the design is attractive, it’s important you know that the smartphone draws its inspiration from the iPhone 7. The device is 7.9mm thick which is within the ideal range of how slim a smartphone should be for it to sit comfortably in the hands. In fact, the Tecno K9 is one of the slimmest devices on the market and is quite pocketable.

Going further, the smartphone maintains the design that’s become the norm for smartphones released in 2017. The volume rockers and power button are positioned on the right side of the phone while you will find the memory card and SIM card slots on the left side. There’s also a home button as well as back and overview buttons which are all onscreen. The camera and flashlight are located on the top left side of the rear while the fingerprint scanner is positioned a little above the centre of the smartphone. Although the design of the Tecno K9 doesn’t cause any surprise, it is great for the price the device goes for.

The Tecno K9 is available in four colour options which include: Scarlet Red, Champagne Gold, Anthracite Grey and Elegant Blue.

If you’ve always wanted a bigger screen, your desire just became a reality in the Tecno K9. The smartphone sports a wide display angle that goes beyond the conventional 5.5 inches to a generous 6.0 inches which delivers improved functionality and better viewing experience.

The display features a resolution of 720 x 1080 pixels which we think is too small for a screen of such size, seeing that the pixel density is 254 pixels per inch. What this means is that you may not get very sharp images when you use the smartphone because the pixels resolution is inadequate for the size, thereby reducing the display output.

However, the colour output and contrast of the screen is not a disaster as it gives decent display, which we think is understandable considering that it was not meant to be a high-end device. A 2.5D curved glass overlays the screen to protect against scratches and impact from fall.

Obviously, the battery department was not given good attention as the Tecno K9 sports a disappointing 3,400mAh battery cell. Although the battery capacity is higher than what you will find in devices like the Galaxy S9 and Nokia 5, the difference is in the chipset which performs poorly in conserving power compared to other devices.

In effect, what this means is that the battery juice will drain quicker than other devices in the budget category e.g. Gionee Marathon M6 Plus. Except you have no problem with charging your phone multiple times, if you’re a heavy user, this device is not for you. On a constant use for demanding tasks and on a bright screen, the Tecno K9 lasts for a couple of hours before it gives in to the closing black screen.

And if you were hoping for compensation on the battery size, you don’t want to look for it in the fast charging tech because the Tecno K9 doesn’t come with it neither does it feature wireless charging.

Picking up a trait from its sibling, the Tecno K7, the Tecno K9 offers a similar camera spec list which details 13MP rear camera with autofocus and LED flash for a clear shot in poor light conditions. The images the camera produced were colourful and accurate which is not unsurprising since the camera was equipped with an HDR feature. All of this combines to make the device a potential favourite for photo enthusiasts.

On the front of the camera is the selfie camera with a flashlight for indoors and hallway shots. The selfie camera comes with a 5MP sensor which can serve your video call and selfie purposes. The images are not as sharp as the rear camera and we can’t blame the manufacturers since this is a budget smartphone.

The Tecno K9 features an octa-core MediaTek chipset that runs the entire tasks on the device and clocks at 1.5GHz. Although the phone manufacturer didn’t specify the model of the chipset installed on the device, our tests show that it’s faster than that of Spark K7 which runs at a speed of up to 1.3GHz. The presence of the 2GB of RAM provides a boost for the processor to run extra fast. However, the chipset doesn’t perform impressively when it comes to managing power drainage. The device runs Android 7.l0 (Nougat) OS with Tecno’s HiOS 2.0 skin.

The Tecno K9 is one of the few midrange phones of 2017 to come with a fingerprint scanner which can record up to 5 fingers. You can also use the scanner for call control as well as online payment.

The Tecno K9 was a smartphone that garnered a lot of attention upon its release and it’s still attracting sales a year after. The reason is not farfetched: being an entry-level phone, the smartphone appeals to people who want to enjoy a little bit of luxury without having to break the bank while purchasing a smartphone.

The device comes with features that are quite decent for its category. In all, one of its strongest selling points is the brand name which has won the heart of many phone enthusiasts, making the Tecno K9 a great choice for those who can afford it.

Prices of Tecno Phones in Nigeria