The rate of fibroid cases has significantly increased of late. While this is quite worrisome, the good news lies in the fact that the disease is treatable. With different types and classes of fibroids springing forte in  the country today, it is essential to take a look at the disease, the causes, the various types and most importantly, how much fibroid surgery cost in Nigeria today.

This post takes a look at some of these topics and also consider how much the surgery costs. 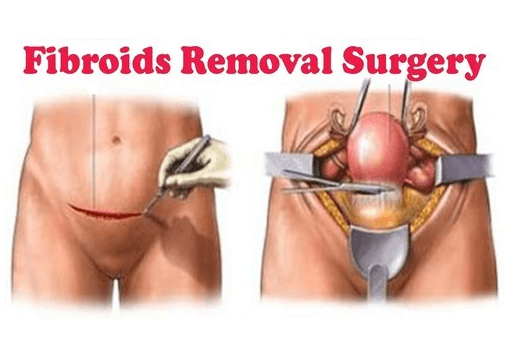 How Much Does Fibroid Surgery (Myomectomy) Cost in Nigeria?

There are different types of fibroid and sometimes require different surgical procedures. These types vary in prices. One of the core challenges patients face is in Nigeria is the availability and accessibility of hospitals, clinics and stations for the surgery.

The amounts fibroid surgeries go for in Nigeria depend on certain factors including the type of fibroid and the hospital or clinic where the scan is to be done.

As it stands, fibroid surgery costs between N130,000 and N400, 000 depending on some of the factors explained below:

The type of Fibroid Surgery you are going for

The choice of operation you are going for largely affects how much you will spend on the process. Usually, the medical practitioner advises on the type to go for depending on the criticality of the fibroid. While there are many types of fibroid surgery, the two most common types are abdominal myomectomy and laparoscopy myomectomy.

The abdominal myomectomy is one that requires a large incision on the lower abdomen to help gain access to where the fibroid is located. While this type is one of the cheapest, it is still quite expensive. Some hospitals charge between N130,000 and N250,000 for this type of fibroid surgery. The laparoscopic myomectomy is a more tricky process that would require higher level of expertise and attention.

While the process is almost bloodless and is known to heal way faster than the abdominal myomectomy, it is way more expensive and sensitive. As it stands, hospitals charge between N250, 000 – N400, 000 for this process.

Type of Hospital You are Looking to Get Surgery Done

This is another factor to consider when estimating how much fibroid operation cost. In Nigeria, there is no specified amount for fibroid operation and it largely depends on where you are doing it. Generally, the surgery is cheaper in Federal and state hospitals, whether they are medical centres or teaching hospitals. However, the same cannot be said about Private hospitals.

While some private hospitals boast similar experienced medical practitioners, they are way more expensive than government owned hospitals. In fact, some private institutions charge as much as N2 million for the surgery process. Location of the hospital also matters.

Costs of Tests Pre- and Post-Surgery

This is another factor that affects how much you spend on the surgery, directly or indirectly. Usually, diagnosis of fibroid would have been as a result of several tests and examinations. You might need to consider how much the various test cost. Also, patients might be required to take several tests even after the surgery. Tests are not very expensive. Depending on the nature and the hospital, you can take a test for as low as N1,5 000 or as high as N20, 000.

Apart from the fee you will pay for the surgery, most hospitals, whether private or government owned hospitals, will require you to pay extra charges. These charges could include admission charges, drugs and other related charges. Also, depending on the type of fibroid surgery you are subscribing for, you might be required to buy pinch of blood as the patient might lose blood during the process and require blood transfusion.

Most of the time, it is difficult to notice symptoms of fibroid as they usually do not come with pain. This is particularly tricky because a woman with fibroid might not even know for a very long time. However, symptom like abdominal uterine bleeding is one of the most common symptom of fibroid.

Also, if the tumors are around the uterine lining or they interfere with the flow of blood to the lining, patient could experience heavy flow during period, accompanied with pain. There could also be spotting between the period. Patients who experience heavy period due to fibroid may develop iron deficiency anaemia.

Depending on the size, location of the fibroid and how close they are to core pelvic organs, patients could experience one or more of the following symptoms:

How are Fibroids Diagnosed?

Fibroid are usually diagnosed by pelvic examination, commonly known as ultrasound. It is usually difficult to diagnose fibroid just by pelvic mass. The fact that the symptoms that accompany this disease also accompany other diseases, it will be difficult to pinpoint what is actually wrong, hence, the importance of ultrasound.

For instance, ultrasound helps in differentiating fibroid from other conditions like ovarian tumors. MRI and CT scans also help in diagnosing fibroids, but ultrasound remains the simplest, most affordable, and best method for imaging the pelvis. 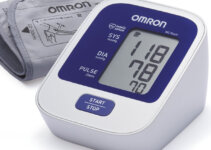