It’s quite easy to know the category of Nokia’s phone range, as they don’t come with confusing names. The higher the number, the better the specs it has. Based on this, it’s easy to tell that the Nokia 2 wasn’t designed to be a high-end phone but an entry-level smartphone with an affordable price tag.

What are the specs of the smartphone? What is the Nokia 2 price in Nigeria? Is this a phone worth buying? Keep reading to discover all the answers to your questions. 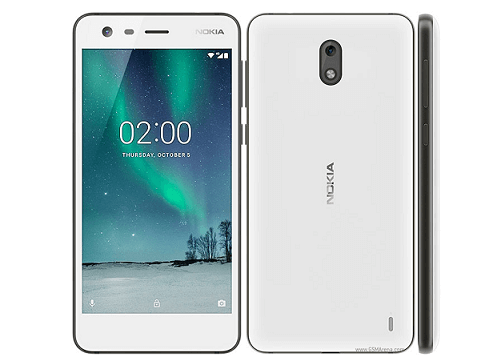 Nokia 2 is available for purchase in phone stores across the country with prices ranging from N30,000 to N36,000. You can also make your order for the smartphone on popular e-commerce stores but at a slightly higher price. Prices may vary based on factors like foreign exchange, location of purchase, period of purchase, discounts etc.

The Nokia 2 shares some striking similarities with the old Nokia Lumia phones even though its design is not exceptional for a budget smartphone. The phone comes with a plastic battery cover and curved edges but the sides of the phone are covered with aluminium to enhance durability. While some smartphones with metal sides and plastic rear give off a premium feel, the Nokia 2 doesn’t. The chief reason is that you can feel a slight air gap under the battery cover because of the plastic curve.

Underneath the plastic rear is a battery that is locked by a metal plate, making the battery a non-removable one just like most smartphones today. Despite its big battery size, the Nokia doesn’t weigh much as it’s 9.3mm thick and weighs 161g which means it’s portable. Some of the noticeable downsides of the design are that the smartphone isn’t waterproof, it doesn’t have a fingerprint scanner, neither does it have rubber seals anywhere.

One of the positive points of the Nokia 2 is its screen even though you may not realise it until you use the smartphone. The smartphone features a 5-inch IPS display which is a modest screen size for content viewing, and a resolution of 720 x 1280 pixels which translates to an image quality that’s acceptable for a budget smartphone. Its competitors like the Moto G5 and Huawei P10 Lite both use 1080p display. The size of the phone makes it easy to use the resolution as the display still looks fairly sharp and the pixilation can only be noticed in small fonts.

On a general note, Nokia 2 has a better colour and contrast output than what the specs say on paper, which means the display is quite rich for the budget category. Additionally, the phone manufacturers, HMD Global, didn’t compromise the screen protection as the Nokia 2 display is covered by a pane of Gorilla Glass 3 to protect against scratches. Although the screen protection is not the latest, it should still help protect your smartphone if you’re careful with it. To cap it all, the display comes with an auto brightness setting and it works to a good extent.

One of the key selling points of the Nokia 2 is its battery which is way above what you’d expect from a budget phone. The smartphone is powered by a 4,100mAh unit with an excellent battery life that performs well even under heavy usage. It delivers 19 hours of talk time and up to 139 hours of music play. If you’re a light user, you can use the phone for two days on a single charge. Although the chipset is not the best you can find on the market, it seems to work well in conserving battery juice as the Nokia 2 drains slower than its contenders.

However, despite its stamina, the Nokia 2 does have its flaws and the chief of them is that it doesn’t come with quick charging. Topping the phone up from zero percent takes approximately 10 hours which means you have to plug the phone into power overnight if you want to use it outdoors. Nokia 2 also doesn’t have the wireless charging feature.

The Nokia 2 puts up a poor performance in the camera aspect that should only be found in cheaper phones. With a meagre 8MP rear camera and an unusually small f/2.7 aperture that doesn’t let light in, you shouldn’t expect a clear image when you take shots.  Many similarly priced phones use better lens than what the Nokia 2 offers, making us question why HMD Global opted for the camera. While there are other phones with worse cameras, many would expect the Nokia 2 to have modest specs considering the brand and price.

The front camera sports a 5MP sensor which can be managed even though it doesn’t capture fine details. And like the rear camera, the front camera also lags and requires a few seconds to do its thing. In all, you shouldn’t look forward to taking clear, sharp and detailed shots on the Nokia 2 as it appears HMD Global invested so little in this department.

On the inside, there’s a quad-core Snapdragon 212 chipset running the entire operations of the Nokia 2 with the speed clocking at 1.3GHz. The chipset is inefficient because of its reputation of causing performance issues in previous cheap Android smartphones, and to worsen the issue, the processor works with a pitiful 1GB of RAM.

Although the smartphone uses four cores, they are not the best cores out there as they are of the Cortex-A7 type. The chipset cores might have won the approval of phone enthusiasts in 2013 but it’s no longer manageable in 2018 where technology has advanced. Nevertheless, the chipset optimizes power acceptably even though its performance with loading games is below standard.

Being an entry-level phone, the Nokia 2 doesn’t have any feature to impress anyone aside from the fact that it’s dust resistant and uses voice control.

The Nokia 2 is a great choice for people who want to get a smartphone that’s qualitative, durable and with a long battery life. It most noticeable negative point is its performance as the phone is slow no matter what you do. Load a game? Slow. Look at a web page? Slow.

The cameras are also nothing to write home about. However, if all these are not valid points for you but the battery life is what appeals to you, you can purchase a unit of the phone. The Nokia 2 price in Nigeria is not outrageous and is just right for its specs.

Check Prices of Other Nokia Phones in Nigeria