iTel is not an everyday brand name you hear when the world talks about the best of smartphones. In fact, you’d be forgiven to omit the brand name among the top ten best smartphone brands as it stands –but that is about to change. While the markets of the likes of Samsung, Apple, Infinix and even Nokia have been busy lately, iTel was working on one of the brand’s most significant masterpiece till date; a dual combination of classic, modern and efficient. Introducing the new iTel P33 and P33 Plus.

While you wouldn’t rate the new iTel P33 and P33 Plus with the likes of Products from Samsung, Apple and even Infinix and Tecno, iTel has carved out a niche for smartphone lovers that may not be able to afford popular smartphones. If you an admirer of low budget smartphones that give you almost everything in a standard phone and maintains relatively standard features and capacity, then you should relish the two iTel smartphones about to be introduced into the market – P33 and P33 Plus. The two smartphones would be the first ever ITel P-series to be released iTel Mobile in 2019. 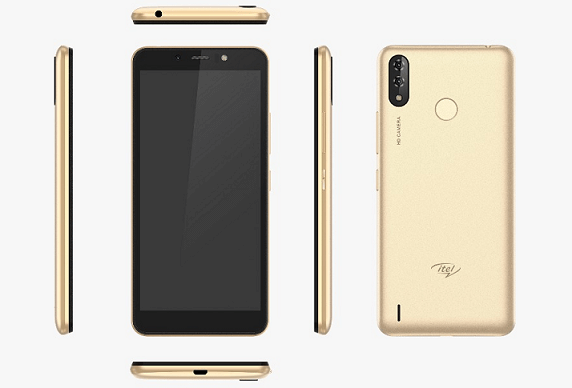 Are you excited about the smartphone already? Then do not stop reading. Here, we will consider how much this smartphone will go for in the market. We will also consider the core features of the phones.

One of the most remarkable things about iTel is that their smartphones are very affordable. In fact, their phones rate among the most affordable in the Nigerian mobile market.

iTel P33 Spec at a Glance

iTel P33 Plus Spec at a Glance

Both phones rate among iTel’s biggest ever phones with standard features and easy usability. They have almost the same specifications with the latter having a slight higher upgrade in terms of screen size, display and overall phone size. Also, there is a slight difference in the battery capacity. Let’s see what differences exist between these two devices.

Camera: iTel P33 features a combination of an 8 MP main shooter and another 2MP front shooter while the P33 Plus has an 8MP main camera and a 5MP front shooter for selfie.

Battery: iTel P33 is packs an impressive 4,000mAh while the Plus takes it up an even more impressive 5,000mAh.

Remember when the iTel P32 was launched sometimes in 2018? Smartphone lovers were greatly impressed with the feat the cost-effective mobile brand had achieved. The introduction of the latest twin sets of P33 and P33 Plus this year only shows improvement. The twin smartphones are upgrade of the iTel P32. They both boast larger internal memory of 16GB, although they maintain the same RAM size.

ITel P-series are known for their very strong battery capacity and are in fact rated among the very best in terms of battery spec. As expected, the P33 and P33 plus follow the same path with outstanding 4, 000 mAh and 5, 000 mAh respectively. The iTel P33 series only indicates itel’s continued progression towards its aim to be among the top mobile brands worldwide and a substantial progress for the brand.

Let us now take some time to look at these smartphones. We will consider the basic features, specs and other things to know about the smartphones.

You wouldn’t fault iTel for going with a plastic body for both smartphones. Just like the iTel P32, the iTel P33 and P33 plus feature fingerprint sensors at the rear and a dual camera set-up. One of the most noticeable differences between the P32 and P33 and P33 Plus is the size. ITel P33 dons an impressive 5.5-inch IPS display while the Plus boasts a bigger and even more admirable 6.0-inch IPS display. Both devices maintain the new 18:9 aspect and features a 2.5D curved flash on top for screen protection.

Single front-facing cameras occupy the front bezels at the top. IT also features a nice and sensate face ID for face unlock. While the face unlock is not as sensitive when compared with the likes of Samsung and Infinix latest smartphones. The devices are available in various colours including Blue, Black and Gold. Both devices also have dual SIM card slots and a dedicated MicroSD card slot for external storage.

Performance was on thing the P32 needed to improve on. While the new P33 and P33 Plus are not there yet, they mark a notable improvement on the P32. When it comes to hardware and software, both the itel P33 and P33 Plus are identical. They are both equipped with MediaTek MT6580 Chipset with a Quad-Core processor clocked at 1.4GHz alongside a Mali 400 MP2 GPU. Both devices feature a 1GB of RAM that runs on the Android 8.1 Oreo Go Edition. They also boast 16 GB Internal memory and can be increased up to 32GB with the dedicated MicroSD card slot.

The camera is one of the most important features of modern smartphones. Compared to other top-notch smartphones though, you wouldn’t expect so much from the camera quality given the prices they go for.

However, these smartphones still go beyond expectation with the P33 boasting an impressive 8 Megapixel main camera and a secondary camera of 2 MP for selfie while the P33 bags an 8 MP main camera and another 5 MP front shooter for selfie. Both are equipped with an LED flash and record 1080p videos at 30fps.

Battery capacity is one of the core strengths of iTel and these twin phones continue that trend. The Itel P33 packs a 4,000mAh while P33 Plus takes it up a bigger 5,000mAh. If you are a fan of fast charging, then you might be a little disappointed, as the twin devices do not have this feature. Although one can take consolation from its relatively strong battery. The batteries, regardless of fast charging features, charge impressively fast and does not drain easily.

This is another core part iTel has been working on over the years. Impressively, the latest iTel P33 and P33 Plus boast 3G, 2G, WiFi, WiFi hotspot, GPS, Bluetooth, a 3.5mm jack and a microUSB port with support for USB. However, there is also no 4G LTE connectivity for both smartphones.

The iTel P33 and P33 Plus may not be the most attractive and catchy of smartphones, but they are relatively okay as low-budget smartphones. Not a bad one. 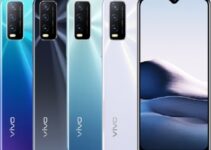 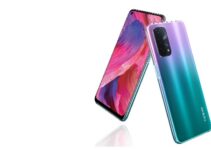