Peugeot is one of the oldest and most reliable automobile brands in the world, with its existence spanning more than a century. Their products include luxury cars, sport cars, as well as commercial cars. It has produced several models. In Africa, the 1950s and 1960s models are still available.

In 1998, Peugeot released one of its greatest cars which is the Peugeot 206. Peugeot 206 is one Peugeot model which is most popular for its portability, and it doubles as the most sold automobile product ever produced by Peugeot.

While Peugeot has manufactured lots of vehicles over the years, there is one that stands out in the hatchback vehicle category – introducing the Peugeot 206. Here, we will take a look at this compact sedan and how much it goes for in the current market. 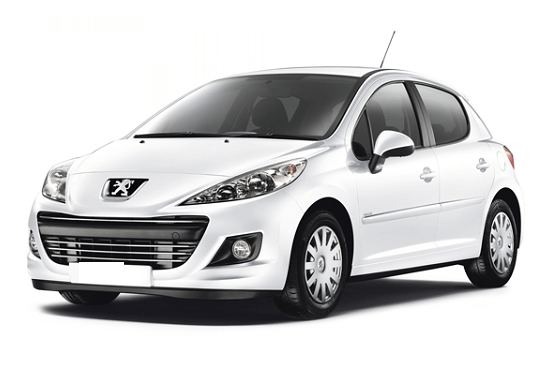 Prices of Foreign Used Peugeot 206 in Nigeria (Tokunbo or Belgium)

Peugeot remains one of the biggest names in the automobile company so don’t expect this hatchback compact car to come as the cheapest. Although there was a halt in production of the vehicle in major parts of the world, it remains among go-to vehicles in the hatch-back sedan category. The high sales as a new car mean there are several models up for sale.

Here, we will compute the prices of foreign used Peugeot 206 in Nigeria today, considering various models.

Peugeot 206 has always been popular in the automobile market and the availability has significantly improved in the local scene. Foreign used vehicles are usually more expensive than locally used versions. Although Peugeot vehicles don’t have the very best of second hand value, it makes reasonable sense to purchase foreign used versions of the vehicle, especially when brand new models are no longer available in major parts of the world.

The prices locally used vehicles go for depend on the type of vehicle, the model and the overall condition of the car. While some automobile brands have built a strong reputation for manufacturing durable and reliable vehicles, some are known for their not-too-strong cars. Peugeot is seen as one of the brands that have proven over time to be reliable and you wouldn’t expect anything less from the Peugeot 2016 – one of their finest hatch-back compact cars.

Below are prices of locally used versions of some of Peugeot 206 finest models available today.

Although locally used Peugeot 206 may not be as clean, smooth and entirely as neat as the foreign used versions, you can be almost certain of almost the same efficiency and overall delivery, provided the used car is in great condition.

The Peugeot 206, despite its compact size, can withstand various conditions still maintain its smoothness and ruggedness. Certain factors, including the condition of the vehicle, neatness and fuel efficiency of the vehicle are factors that affect the eventual price the vehicle goes for.

The Peugeot 206 is a popular portable car that sold around the world from 1998 till date, and is still selling in Iran. Its popularity lasted so long that till 2016 it stood tall as one of the top 10 vehicles in the UK. This amazing brand from Peugeot, the 206, has components that are handled superbly.

The car was built with durable materials, and it has a unique design with asymmetrical angles. It is also very compact and extremely comfortable to drive. The Peugeot 206 is classified as a supermini model or a subcompact passenger car. It has between 85 cubic feet (2,407 L) and 99 cubit ft (2,803 L) of interior volume.

The Peugeot 206 has won several awards which includes the following; “The Most Beautiful Car of the Year 1998”, Festival Automobile International, 1998. It also won “Best Petrol Small Car” and “Best Diesel Small Car”, Fleet Excellence Awards, 2001. It added another feather to its cap by winning the “Best Convertible” (Peugeot 206 CC), What Car? awards, 2001.

In the same year, it won “Best Used Supermini”, What Car? magazine, 2001.”Car of the Show” (Peugeot 206CC). It continued its winning spree by winning the British International Motor Show for the year 2000. When it comes to selling, it was not left out as it clinched the award for the “Best-Selling Car in Europe 2001-2003”.

So we can refer to the Peugeot 206 as an award winning car.

For lovers of sports cars, this comes as a super choice for them as it is designed as a super sport car. Also, it is built for travels because of the original design that makes it capable of withstanding tough roads in many parts of the world. It comes with a 3/5 hatchback with a rear door that swings forward to provide access to the cargo area. It comes in varieties such as a 4 door Sedan, 2 door coupe and a cabriolet.

The Peugeot 206 is relatively affordable as most of its Tokunbo cars and fairly used cars do not range too high. Although it can be considered affordable, this is relative to the customer who may purchase the car.

The Peugeot 206 cars are still in production till today in Iran, although the Peugeot brand is no longer as popular as it was in 2001 when it was Peugeot’s highest selling cars. It still holds value as it is still a very fashionable car, even in Nigeria till today. it is a great brand and it is considered the portable brand.

What You should know about the Peugeot 206

The build and installations in the 206 have a sporty look that is very catchy and commands a high level of attention; it appeals to the eyes of most young people. Some models have red lighting behind the buttons which gives the interior a unique look. Everything is also marked and organised in a way that is easy to use and understand.

They come in different kinds of engines both petrol engines and diesel engines. It also can be automatic or manual based on the customer’s preferred option. It is the best selling Peugeot model of all time with 8, 358,217 cars sold as at 2012, It is still the top 10 most used car in the UK.

It comes in both diesel engines 1.4 (50 kW; 67 hp)- 2.0(130 kW; 175 hp) litres. diesel engines has the highest thermal engines of any practical internal or external combustion engine due to its very high expansion ratio and inherent lean burn which enables heat dissipation by excess air.

It also comes with petrol engines 1.0  -2.0litres   (130 kW; 175 hp). The engine is pretty durable especially the diesel engines and doubled as a popular brand it will be no stress for spare parts as well as Peugeot mechanics are readily available.

It is popularly referred to as a speed supermini car. It is a sports car with speed, good for occasions and it is very classy on its own. it is also very stylish and it may be regarded as the young people’s car.

It comes in very classy designs and nice interiors as well as a dual airbag for safety.

The Peugeot 206 was designed with a tough engine, and considering the nature of roads in Nigeria, it makes it a good bargain for users. One thing such users will enjoy would be its ability to be able to run long miles, as enshrined in the design for the car. However, the Peugeot brand is always known for its durability.

It’s cheap to run and doesn’t give you too much stress, as where to find brand mechanics or parts because it is a popular brand. If mechanically sound, one would spend less on monthly or weekly maintenance of the car.

The Peugeot 206 is portable and may not be fit for a family purpose. It is a super mini car as it is popularly referred to. It is actually smaller than a small family car. It may be considered the young people’s car, however comfortable the design of the car does not allow it to take as much people as some other cars. The design as a sport car makes it look small in size.

Inability to adjust the seat as you like them without causing discomfort is another factor. The portability of the Peugeot 206 is amazing no doubt. However, it has a challenge with adjusting the seat for easy driving.

Some of the engines can be described as lethargic or even sluggish. The Diesel engine has better advantage. Some of the problems include Engine stalling, engine misfiring and a few times, loss of power.