It may surprise you to learn that Peugeot started out by making coffee mills and bicycles, not cars. Talk about drive and ambition, the French car makers have outdone themselves to become one of the most famous car brands in the world with a global presence in over 160 countries. In furtherance of their drive towards excellence, the Peugeot is the only brand in the world to market a complete mobility offering (cars, scooters, bikes) in addition to a wide range of services.

And as further proof of the company’s devotion to innovation, the new Peugeot 308 was named the 2017 car of the year in Geneva by a judging panel comprising 58 European journalists. The Peugeot brand is built around 3 core values: Allure; Excellence; and Emotion. Little wonder therefore the Nigerian military has been known to acquire various models of the peugeot brand as their official cars.

The Peugeot brand has also been known to take environmental friendliness into consideration as they were ranked second lowest for average CO2 emissions amongst other general brands in Europe in 2013 and 2014. In test of their reliability, Peugeot models of the 1950s and 1960s are still running in Africa and Cuba in the 2010s. 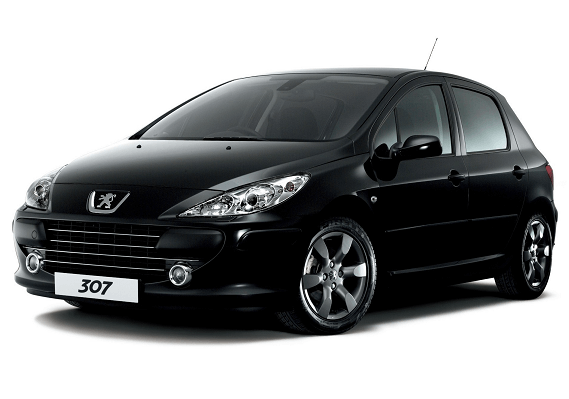 Manufactured in 2001 as a small family car, the Peugeot 307 was awarded the ‘European Car of the Year’ title for 2017. Its production continued in China and certain South American markets until 2014 whereafter it was discontinued. It is available in 3 and 5-door hatchback, 2-door coupe cabriolet, 5-door estate and 4-door saloon models. It is a front-engine and front-wheel drive car.

Firstly, the production of the Peugeot 307 ended in 2014. As a result, it is impossible to get a brand new one. What is available are Tokunbo (foreign used) and locally used ones (Nigerian used).

Things you should know about the Peugeot 307

Design: With a steeply rising bonnet connected to a rather highly sloped windscreen, the Peugeot 307 can be quite attractive. Coupled with its frame, the car actually poses as a beauty. This is not to imply that it is the most beautiful car in the market, there is no such thing. However in its class, it commands quite the respect based on looks.

Size: In denial of its outward appearance, the Peugeot 307 is quite spacious. As a successor to the Peugeot 306, it is larger than it in every respect. And as a family car, it can be very comfortable to be in, especially for schoolruns and around the town movements

Running costs: The Peugeot 307 can be quite affordable to maintain as it does not incur high maintainance costs. It does not need to be serviced often neither does its parts need to replaced often.

Pricing: In comparison with its contemporaries from other brands, the Peugeot 307 is a favorably priced car.

Handling: The Peugeot 307 offers a great deal of driver experience while handling as it tends to answer smoothly in any direction.

Low fuel consumption: Peugeot has built a brand on a reputation of fuel efficiency and the Peugeot 307 is no different.

The Peugeot 307 has been said to have a below average build quality which implies that it’s not a car you’ll want to use for a very long time. 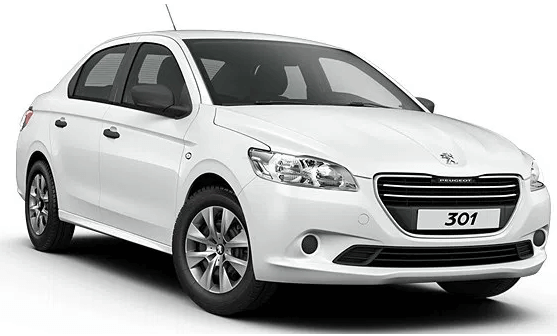 The Peugeot 301 is a compact car (North American) or small family car in British, acceptation. It was first released in 2012 and has been in production since then. One thing I like about this car is that it is actually assembled here in Kaduna, Nigeria since Peugeot has a plant there. In recognition of its excellence, the Peugeot 301 has won the Nigerian Car-of-the-Year (COTY) Award for two consecutive years, 2016 and 2017.

It beat rivals the Nissan Alnmera and the Kia Rio to emerge winner of this prestigous award. If you’re just hearing about this award, it is awarded by the Nigeria Auto Journalist Award (NAJA) and is the local version of the traditional global automotive industry award. The awards is conducted through an exhaustiv criteria by a jury of leading automobile journalists in Nigeria and given to vehicles assembled and/or imported into Nigeria by NAJA.

It includes other categories of awards and Recognitions of auto and allied auto accessories like tyres amongst others. The Peugeot is available in 4-door saloon model and comes with a front-engine and front-wheel-drive-layout.

Current Prices of Peugeot 301 in Nigeria

Since the Peugeot 301 is still in production till date, you can buy yourself a new one if you fancy new cars. If you do not, you can opt for Tokunbo(foreign used) or Nigerian used(locally used). Lets take a look at their prices.

Things you should know about the Peugeot 301

1.2 Pure Tech Engine: The Peugeot 301 comes with the most significant improvement in engine technology under the Peugeot brand. Announced winner of the 2015, 2016 and 2017 international engine of the year award, a 1.2 pure tech engines gives you the power and performance of a 1.6 litre engine, but the efficiency of a smaller engine. This translates to improved acceleration, reduced fuel consumption and lower CO2 emissions.

Durability: The Peugeot 301 is built from start to finish to be a very durable car.

Fuel Efficiency: As is the Peugeot heritage, the Peugeot 301 comes with highly efficient fuel engines. In ordinary language, this means less visit to petrol stations.

It can be a bit on the high side in terms of cost as it is still in vogue. So you might want to consider the implications on your pocket.