Acura might not be the most popular of automobile brand names especially in Nigeria, but it still stands tall as a masterclass that should command respect. You wouldn’t have gone wrong if you put this brand in the class of Toyota or Honda because Acura is actually Honda’s luxury division. So, there’s no doubt that their products are appreciated by those who appreciate creativity, quality and style.

One of their outstanding, and probably one of Acura’s most successful vehicles ever, is the ZDX. Depending on your point of view, this midsize luxury crossover answered a question that no one asked or served as an extreme exercise in vehicular form over operation. It is a crossover you’d probably cherish from outside even before you take a look at the interior. No wonder it has, to its own extend, won the market in Nigeria. Although it is not too popular compared to other brands, Acura ZDX was definitely a statement from Acura. 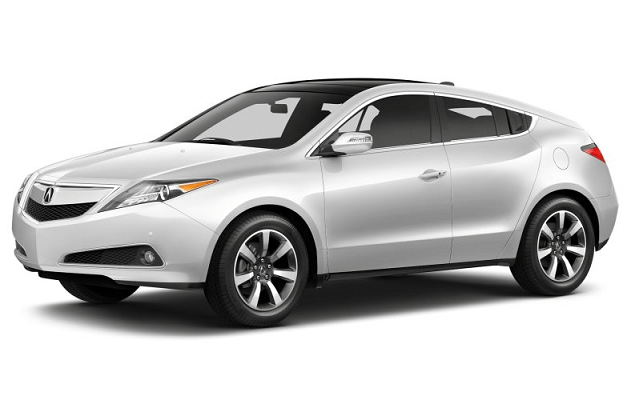 It is essential to take a look at how much this luxury vehicle goes for in the current market in Nigeria. We will take a look at the prices of the brand new, foreign used and Nigerian used versions.

Acura ZDX lasted for 4 years, spanning from 2010 to 2013. The production of this stylish vehicle stopped in 2013 and so the brand new version of the vehicle is no longer available.

Although the production of this Acura model stopped over five years ago, the foreign used version is still available in the automobile market. Nigerians have embraced foreign used cars over the years and have also open-handedly welcomed this model. Although it is still not the most popular in the market, the foreign used version of the car is readily available. This version of the vehicle can be gotten in Nigeria or imported directly from other parts of the world.

It should be noted that the variation in the prices listed below are as a result of certain factors. These factors include the currency exchange rate at the time of purchase, custom clearance fees and other basic tariffs, the condition of the car, the year of production and other basic factors.

While some prefer to go for foreign used cars, some others would rather go for locally used versions, owing to the fact that there is a significant reduction in the general cost and they need not consider clearance changes nor bother about currency exchange rate. It is fair to think some of these locally used cars might have significant issues, whether mechanical or electrical, but not all the time, in fact, most of the time, these cars have little difference when compared to foreign used cars. Either way, it is safe to test the general condition of the car before attempting to buy.

The prices of these cars are generally dependent on the condition of the vehicles including the fuel mileage, neatness and features it maintains. Locally used Acura ZDX are readily available, with the list below showing the prices they go for in the current market. Just like Tokunbo cars, the variation in these prices are as a result of certain factors already mentioned in this section.

Acura ZDX: What you should know about the Vehicle

Essentially a rebodied 2nd generation Acura MDX, the Aura ZDX had a fastback style that cut deeply into the rear passenger and cargo compartments. The crossover became a hit and one of the bestselling Acura vehicles since its introduction in 2009. It boasts of features including xenon headlights, a panoramic sunroof, 19-inch wheel, automatic climate change, a standard audio system, a navigation system, a multi-view parking camera and lots more.

Acura ZDX was powered by a 3.7-litre V6 with 300 horsepower and 270 pound-feet of torque. The first and only generation of Acura ZDX spanned for 4 years between 2010 and 2013. During its lifetime, there was no significant change in each model, with all the models maintaining the same engine power and similar features.

Despite its sportier, fresher and sleek look, the Acura ZDX wasn’t really a better performer compared to the previous Acura model MDX. The SH-AWD system provide a quite impressive levels of grip and control, although the available adjustable suspension did not offer enough of an upgrade in performance to justify the extra cost. The V6 sounded inspiring, impressively allowing smooth on-road operation but lacked low-end grunt.

Acura ZDX: What you will like about the Vehicle