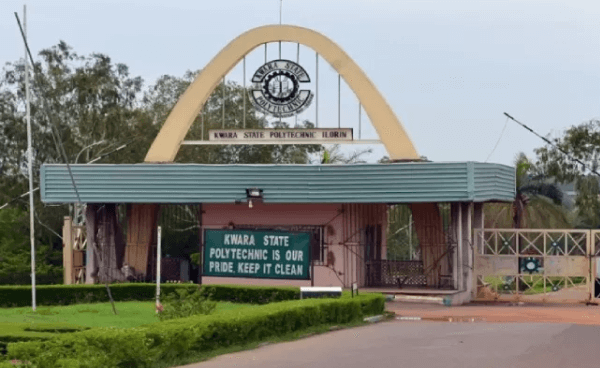 The Kwara State Polytechnic is one of those tertiary institutions. Regarded among the very best Polytechnics in Nigeria, Kwara Polytechnic set a standard most other polytechnics look to follow. Apart from the fact that they adequately combine academic excellence with extra-curricular activities, the institution brags among the most respected institutions in the country.

The Polytechnic is strategically situated in a State that already boasts of top-level academic institutions like University of Ilorin, a Federal University rated among the very best in Nigeria. Kwara State Polytechnic proudly sits at the core of Ilorin, a city recognized among the central cities in the country. This makes it easy for people to access the school from all over the country. The school also welcomes people from various cultural backgrounds all over the country and beyond.

In this section, we will take a look at the school fees for various programmes available in the polytechnic, categorizing them according to their levels. The unique thing about this school is that there is a significant difference in tuition fees of indigenes of the state and non-indigenes. This is basically done to promote education and encourage youths in the state to pursue education.

The Kwara State Polytechnic runs a flexible part time program. The school also runs National Diploma degrees and Higher National Diploma Weekend programs.  Here, we will consider the fees for various programs, breaking down the fees and highlighting the amount paid by indigenes and non-indigenes for 2018/2019 session

It should be noted that all science and engineering students in various programs are required to pay and extra N3, 000 as practical fees. All students are expected to pay acceptance fees irrespective of the program. The acceptance schedule is analysed below. The school fees and acceptance fees are payable only to the chosen banks the school decides on.

Acceptance Fees to be paid by all students for all programs

Kwara State Polytechnic: Things You Should Know about the School

Kwara State Polytechnic is rated as one of the best polytechnics in Nigeria. The school has since its establishment in 1973 maintained a steady educational standard that has drawn recognition for various parts of Africa. The strategic location of the institution has made the polytechnic accessible to students from all over the country. The school was established by the then Kwara State Military Governor, Col. David Bamigboye.

The polytechnic started with an estimated 110 students in the first session in 1973. As it stands, the school runs various programs including ND and HND. They also run part time and full time programs. This adds flexibility and dynamism to the flow of the operation of the school and various kinds of students can easily pick whichever program is convenient for them.

The institution boasts of standard learning facilities and the environment is conducive for learning although much more can be done to better the immediate and surrounding environment of the lecture theatres. Unlike some state polytechnic, Kwara Polytechnic has an appreciably stable academic calendar and rarely experiences a distortion in the flow of the academic calendar.